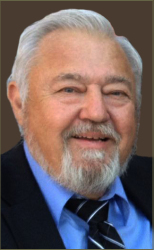 Samuel Augustus Saxon, Ph.D. joined Trinity Counseling part-time in 2005 as a Licensed Psychologist. He brings with him over 40 years of experience as a teacher, researcher, trainer, and practitioner in the field of Clinical Psychology. He has been in private practice since leaving UAB Departments of Psychiatry and Psychology and as Associate Professor and Director of Psychology at the Center for Developmental and Learning Disorder where he taught clinical courses and conducted research in the areas of children and adolescent problems.

Dr. Saxon obtained his B.A. degree in 1965 in Psychology and Sociology at Aurora University in Aurora, Illinois, a Chicago suburb. Returning to the Low Country of South Carolina, he obtained his Ph.D. (1969) in Clinical Psychology from the University of South Carolina. After completing his Clinical Internship at the Medical College of Georgia in Augusta, Georgia in August of 1969, he moved to Birmingham, Alabama where he has lived since.

He brings his years of experience in all areas of clinical psychology including individual, marital and family counseling, assessment, diagnosis, and agency consultation in Jefferson and surrounding counties.

Dr. Saxon has a deep and abiding love of the Reformed Faith and notes that he is consistently amazed by the richness of God's grace. He has three grown daughters and two grandchildren, and especially enjoys gardening, raising chickens and his dogs.